Filtration means a technology by which separate particles using the filter from solution.
It is important to select and set filtration conditions properly.

Practical examples to be filtered are following items.

There are four mechanisms for trapping and separating specific substances in the filtration process.

Particles, larger than the filter flow path, would be trapped because they cannot pass through that filtrating flow. Once particles block the channel, this channel width reduce with even smaller particles captured. An adhering layer of particles can be formed like this slightly. Particles form play the filtering role by themselves, which is called “cake filtration”. 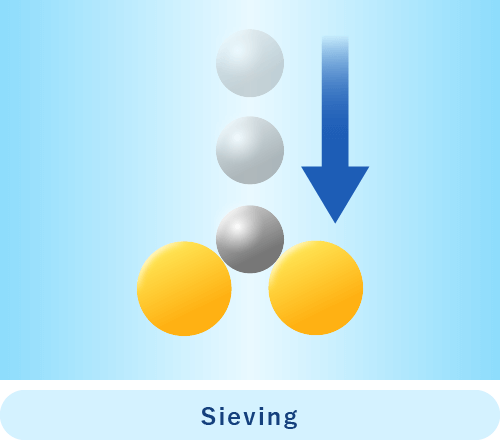 When the fluid to be filtered passes through the complex flow path of the filter, the particles that have undergone inertial movement, cannot keep up with the rapid change in the direction of movement, and collide with the flow path wall and are captured in a state as they are.

Relatively light particles pass through the filter in the flow of the fluid. Passing near the channel walls, the lighter particles touching the walls will get trapped. 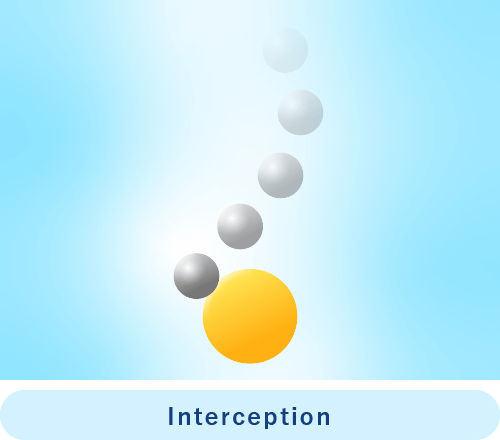 The Brownian movement, also called the random walk, was discovered in 1828 by a botanist, Robert Brown. As pollen particles, floating on the surface of the water, move around by themselves. The phenomenon that the ink dropped in the water and extending by itself, is also a result of the ink particles spreading in a random Brownian motion. Particles, smaller in diameter than the filter channel width, stay in the filter flow due to this Brownian motion, diffuse and be trapped by colliding with the channel wall. 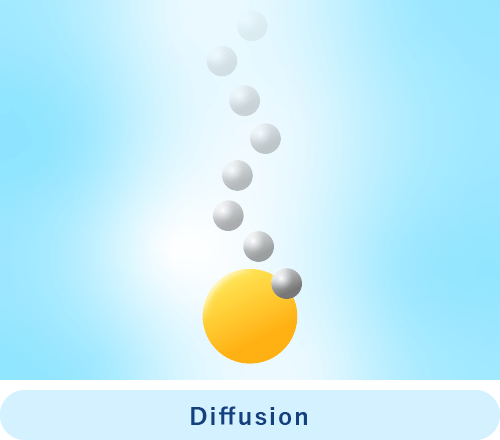 Performed filtration with gravity only. Although the filtration speed is slower, it is the easiest method because no special equipment is required.

To accelerate speed of filtrating, we decompress the lower surface. It is used to execute filtration quickly with a highly viscous fluid or a large amount of filtration.

Pressurized filtration enable to perform with greater pressure, whereas decompression filtration only utilize pressure as the difference from atmospheric pressure,

In addition, there is also a method of applying pressure by using centrifugal force to filter the object to be filtered.